Welcome to our shop 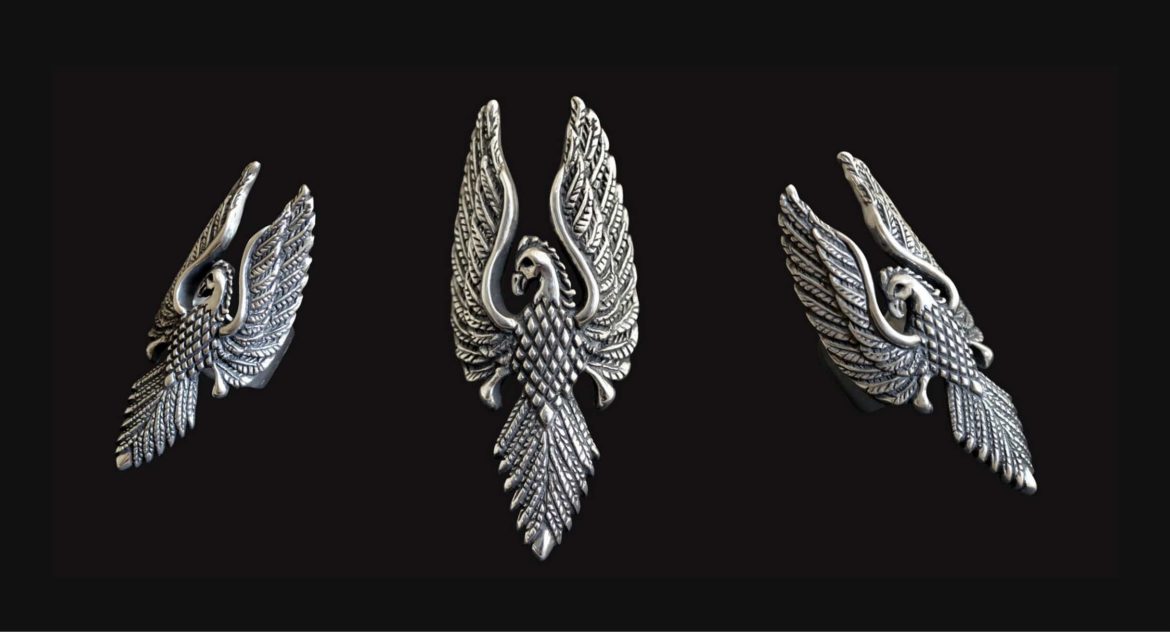 New sterling silver Phoenix Ring   A powerful Phoenix, the mythical bird symbol of hope, transformation and rebirth. Associated with the rising sun and fire, the phoenix obtains new life by arising from its own ashes. The legendary bird mentioned in Greek, Roman, and Egyptian mythology. According to ancient writers, the phoenix lived for 500 years, then died and was reborn. It had brilliant golden and scarlet feathers and grew to the size of an eagle. The phoenix was associated with immortality and eternal rebirth in Egypt and the Romans used it on coins to symbolize Rome, the Eternal City.   This Solid silver ring is 5.7 cm long with the wing details that wrap around the finger. It's very comfortable to be worn with other rings or on its own. This new ring is handcrafted and